About six months ago the CPU fan in my UDM Pro started rattling. That’s right: not HDD fan which is easily swapped with one from Noctua, but the rather obscure CPU fan.

As I could not readily find a replacement I ended up lifting the sticker on the fan and adding a few drops of machine oil. That silenced the fan nicely. That is, for six months. Then the rattle returned. 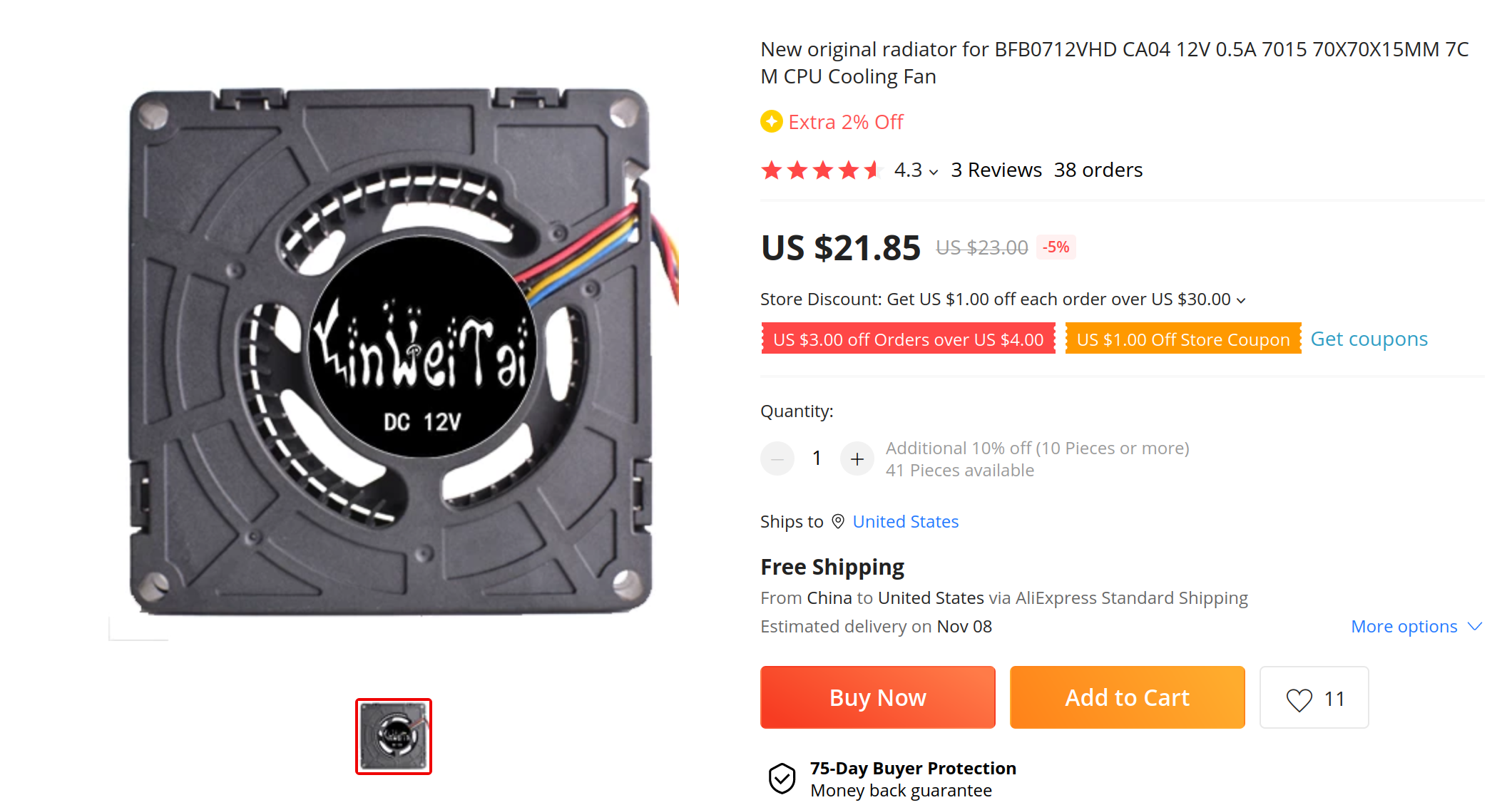 A renewed search for this obscure fan lead me to a very similar fan on AliExpress. Not only did it look very similar, a buyer noted that it works with the UDM Pro.

I can now confirm that this fan is indeed a good replacement. The cable is short but usable. You could extend the cable, but I simply rotated the fan enclosure to bring the plug closer to the socket instead.

Note that the fan is not centered in its enclosure. Rotating the enclosure does shift the location of the fan a bit. Fortunately this does not seem to affect the CPU temperature.